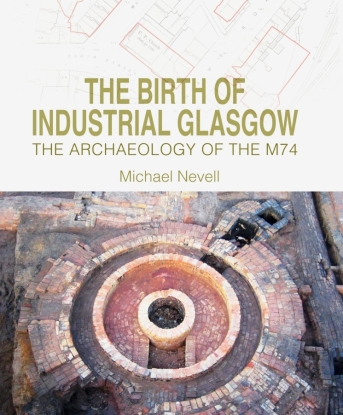 The archaeological monogrpah lives! Glasgow is the collaborative production of a decade of work, from excavation to writing.

If I had to choose just three cities through which to tell the story of industrial Britain Glasgow, second city of the British Empire, would be on that short list. This thought crossed my mind in 2010 when was I was asked if I would be interested in writing the overview for the M74 archaeology project. Fresh from writing a recently completed overview of Manchester’s archaeology, the cottonopolis of the textile world, I felt ready for this new challenge. The outcome, six years later, is a lavishly illustrated book of 60,000-plus words and 216 pages published by the Society of Antiquaries of Scotland. I should hasten to say that it is of course a collaborative effort, with two supportive editors (Frank Maddens and Andrea Smith) and 12 contributors of specialist sections, based upon the fieldwork of over 50 archaeologists. Funding came from Headland Archaeology Ltd and Pre-Construct Archaeology Ltd, who together, in the form of HAPCA, undertook the fieldwork during 2007, 2008 and 2009 on the archaeology aspect of the M74 completion project. This was planning-led archaeology as part of the wider infrastructure project financed by Transport Scotland, Glasgow City Council, South Lanarkshire Council and Renfrewshire Council.

I found myself spending much of 2010 and early 2011 travelling the west coast mainline railway to and from Glasgow for project meetings whilst synthesizing the archaeology of seven major excavations and several building surveys. Perceptive comments from the external reviewer (thank you whoever you were!) led to some re-writing of the introduction and conclusion in the autumn of 2014. Early 2016 found me checking proofs, ironically on a couple of occasions in the quiet of a supermarket café overlooking the Manchester and Salford river skyline, itself the subject of massive redevelopment.

So why is the M74 archaeology project so important, warranting not just this large and detailed volume but a popular publication, published in 2011, and several academic and specialist articles. Put simply it was the largest series of urban excavations in Britain, and one of the largest in Europe, of the 2000s. It provided a unique opportunity to look at a cross-section of the industrial and urban heartland of southern Glasgow during its key formative period of industrialization in the 19th century. The fieldwork took the form of detailed recording, below and where it survived above ground, across seven sites from the borders of Govan to Rutherglen. These sites encompassed manufacturing businesses large and small such as engineering works, foundries, lime works, and a cotton textile mill. Many different types of housing were investigated, from purpose-built workers’ rows to ‘Greek’ Thomson tenements. There was also a chance to look at a canal basin and the impact of the arrival of the railway network. 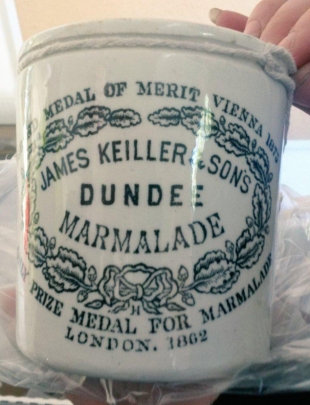 A near complete example of a James Keiller & Sons maramalde jar excavated froma rubbish pit at Buile Hill, Salford, in 2015 but manufactured at the Caledonian Pottery in Glasgow.

Two sites stood out in importance for innovations in the industrial processes involved: the massive complexes of the Govan Iron Works and the Caledonian Pottery. One of the products of the Caledonian Pottery were glazed jars for Keiller’s marmalade, examples of which the Dig Greater Manchester team discovered in a rubbish pit at Buile Hill in 2015, but more importantly which occur in the cities of the former British Empire.

For those brought up on a diet of Time Team’s three-day digs, and the developer-funded tread mill of one and two week evaluation excavations, it’s easy to forget that archaeological fieldwork work and analysis can take many years to reach full publication, even on industrial period sites. The M74 project was so huge that it had to be a collaborative exercise between archaeologists, architectural and archival historians, with some vital information coming from the local community who participated in oral history recording sessions. The result is, I hope, a study of one of the great 19th century industrial cities from an archaeological perspective. That just leaves one industrial city on my list that I would like to study in this way. The biggest manufacturing and population centre of 18th and 19th century Europe: London. Offers anyone?