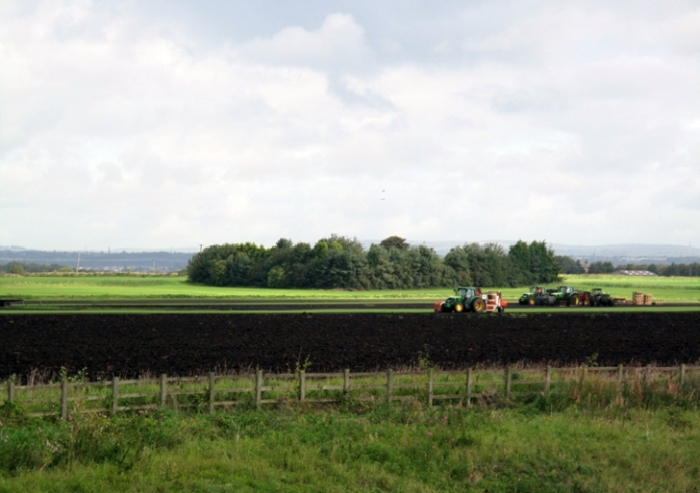 The ancient peats of Chat Moss, Salford, being ploughed in 2010

Regular readers of this blog will be aware that for the last year I have been working on an archaeology exhibition of the city of Salford’s archaeology. Much of this material comes from the work of the University of Salford’s Centre for Applied Archaeology (seven years old this year). That exhibition opened in September 2016 and to accompany it there are a series of linked events (tours, talks and book launches). There will also be a series of linked blogs over the next few months to widen access to this new material. So if you can’t make it to the exhibition sit back and enjoy the first of a series of virtual tours of Salford’s past.

The early 21st century has been a golden era for exploring Salford’s past. More people than ever before have been exploring the city’s history through its physical remains. Dozens of archaeological digs and surveys have been carried out across Salford as part of developer-funded and pure research work.

These excavations, landscape studies and building surveys have been carried out by professional and volunteer archaeologists, often under the guidance of archaeologists from the University of Salford. The current exhibition highlights the new findings from this work. Combining this evidence with earlier investigations it presents the story of the earliest Salford communities through their everyday objects and buildings.

The landscape character of the modern city of Salford, from the Greater Manchester HLC study, 2011, courtesy of GMAAS

The geography and geology of the area had a major impact on Salford’s earliest communities. The ending of the last Ice Age roughly 10,000 years ago left a landscape of low, wooded, hills along the northern side of the future city and shallow river valleys along the western, southern and eastern borders. In between was rolling landscape of claylands.

Extensive mosslands grew in the many dips in this landscape, such as the large basin mire of Chat Moss which formed in the later prehistoric period. Before the mosslands were drained during the Industrial Revolution, settlement within the city region was sparse, concentrating on the mossland fringes, the hills to north and ribbon development along roads and routeways.

One thought on “Salford’s Early Past Revealed: Part 1 – The Landscape”