The excavation of a Mesolithic site on Swineshaw Moor, Tameside, in the central Pennines, conducted by the Tameside Archaeology Society with Ron Cowell of Liverpool Museum

We are in a golden age for archaeological discoveries in North West England, and as part for the first Dig Greater Manchester Archaeology Festival there will be a FREE seminar rounding up a decade of discovery from across the region. This seminar is part of the North West Regional Research Framework for the Historic Environment update e project, funded by Historic England. If you weren’t able to get to the launch conference in May this is a chance to catch up with the Stage 1 results and here about this new research.

Since 2006, despite the economic recession of the period 2008 to 2012, developer-funded archaeology has revealed some important and spectacular archaeology sites in North West England, from the Mesolithic to the 20th century. The HLF has also been responsible for funding dozens of community archaeology projects across the region since 2006, the Portable Antiquities Scheme is revolutionising our understanding of several periods, whilst local societies and the universities based in the area have continued to rediscover the region’s past. The following are just some of highlights from amongst the hundreds of project undertaken during the years 2006 to 2017.
For the deep time of the Prehistoric period the Mesolithic sites at Stainton West at Carlisle and Lunt Meadows in Merseyside stand out as finds that are changing our understanding of the period; the prehistoric Formby coastal footprints is another discovery that is bringing is closer to the people of the past; whilst the Bronze cemetery excavations at Shaw Cairn and Seven Lows are revealing early farmers buried their dead. For the later prehistoric period the Cheshire Hillforts and Habitants project and the excavations at the Iron Age and Roman hilltop settlements at Mellor, Stockport and at Poulton in Cheshire, along with Iron Age metalwork, are beginning to change our impression of how these communities interacted with the rest of Britain.

For the Roman period highlights include the discovery of the Crosby Garret Roman cavalry helmet; the Knutsford and Malpas coinhoards; and new research, led by local societies, on Roman roads courtesy of free access to LIDAR data. The excavations at the vici at Manchester, Maryport, Papcastle and Ravenglass and fresh excavations at the forts at Castleshaw and Ribchester are all extending the chronological range of occupation at these important urban sites. The Roman altars excavated at Manchester and Maryport, remind how diverse this society was. Yet, the continuing rediscovery of Roman rural settlements from the Chester urban fringes and Salford, to the Pennine uplands around Alston Moor are also a reminder of the continuities with the communities of the late prehistoric. 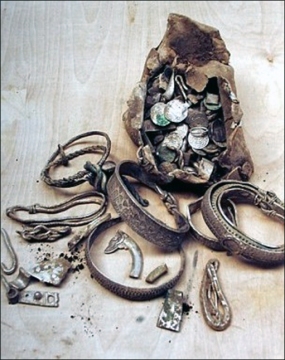 For the Early Medieval period the growing use and accuracy of radio-carbon dates is identifying early medieval settlements in Cumbria. The discovery of the Furness and Silverdale Viking hoards demonstrate how widespread their influence was, whilst and the excavation of the Cumwhitton Viking burials gives a rare chance to analyse the remains of the Norse settlers themselves.

The Later Medieval period has seen research and excavation at several castles, including Buckton, Halton, Lancaster and Wolsty Castle. Medieval longhouses have also been identified and excavated in the Duddon valley by local groups. Late medieval buildings studied in the rural village of Warburton, timber-framed halls in Cheshire, Greater Manchester and Merseyside and tower houses in Cumbria. Redevelopment has also led to further medieval town excavations in Chester and Salford; and for industry research has revealed more bloomeries located in East Coniston and the Castleshaw valley.

For the Post-medieval period new research includes the excavation of the Rainford pottery and their regionally important pottery production from the 17th and 18th centuries. There have been notable excavation of post-medieval halls in the Greater Manchester region, as part of community projects, from Etherstone Hall to Royton Hall. In industrial terms 17th and 18th century watermills have also been excavated at Lymm and Northenden, and the early 18th century Cunsey Forge in Cumbria investigated. The rediscovery of Liverpool’s (perhaps the UK’s) first wet dock from the early 1700s is discovery of national importance. In the country side the recording of barns in Lancashire and elsewhere before conversion is throwing light on the agricultural revolution as are estate surveys in areas such as Dunham, Kingsway in Rochdale and Warburton. 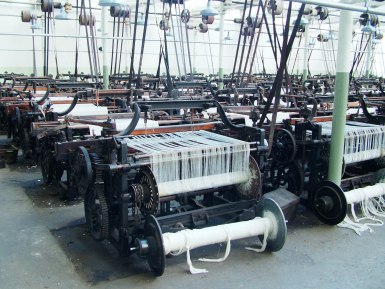 And finally for the Industrial period and the 20th century. Studies of the environmental impact of pollution in Greater Manchester and the northern Pennines have started to record the impact of industry in the 19th century. There have been new surveys and excavation of manufacturing industries, from the textile mills of Cheshire, Cumbria, Greater Manchester and Lancashire, including Manchester’s first cotton spinning mill built by Richard Arkwright, to urban glass and iron manufactories. Canal and railway transport networks have also been the subject of detailed investigation from the Bridgewater Canal and the Liverpool to Manchester railway, to warehouses and railway signal boxes as have the navvies who built these transport networks and their as at camps such as Risehill. The domestic side of industrialisation has been the subject of excavations on workers housing across the region, but especially in Manchester and Salford, as has how to order this new society with the excavation prisons at New Bailey in Salford and military barracks. The growing interest in 20th century archaeology has also seen a focus of military sites including World War 1 trenches at Blackpool and Walney Island, as well as air raid shelters and the role of new forms of building materials such as concrete as used in the Preston bus station of the 1960s.

I could pick out many other community, developer-funded, voluntary and university projects that have taken place in the last 11 years, but this breakneck speed round up should be enough to indicate that were are in the midst of a period of huge of discovery with long term implcations for how we interpret and present North West England’s archaeological record.