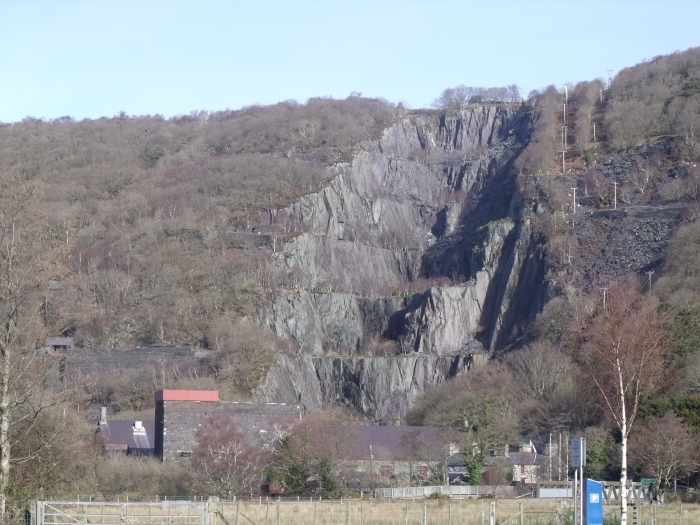 In April 2019 the Association for Industrial Archaeology is running a two day industrial archaeology seminar (6-7 April) focussed on the Welsh Slate Industry. The North Wales slate industry had an enormous impact on the local landscape of Snowdonia, and beyond in the familiar purple-grey roof tiles that covered many of the houses and factories of the industrial towns of Britain from the mid-19th century onwards. By the late 19th century as many as a third of all the roofing slates produced worldwide came from Wales, competing with quarries in France and the United States. It was genuinely one of the industries that re-shaped 19th century industrial world.

At its peak in the 1890s the industry employed sixteen thousand men, exporting the products around Britain and the globe. Archaeological excavations of domestic sites from the industrial period invariable find fragments of broken roof slates from these very quarries. Today there are spectacular remains to be seen across Snowdonia, not just of the quarries themselves but of the associated workshops, sawmills, railways and docks. Much of this infrastructure represented the first use of such industrial technology in Wales.

Online booking can be made here:

One of the reasons the AIA has been keen to explore this part of Wales is because an application is being made to UNESCO to have the industry’s remains inscribed as a World Heritage Site. Thus, during the weekend expert speakers, including the AIA’s David Gwyn, a past editor of our journal Industrial Archaeology Review and one of the driving forces behind the World Heritage Status bid,  will describe the growth of the industry, its impact on the communities which provided the workforce and the often ingenious means by which power was provided in the quarries.

During the weekend there will be an opportunity to explore both the museum and some of the remains in the immediate vicinity. There will also, of course, be an opportunity to hear about the UNESCO bid in detail. Hopefully, Wales will be able to add a further World Heritage Site to a list that includes the late medieval castles of North Wales, the Blaenavon ironworks and the Pontcysyllte canal and aqueduct.