Professional archaeologists should stop obsessing about Stonehenge: the real threat is to our world class industrial heritage. Yet many professional and academic archaeologists don’t seem to know or care….That caught your eye I hope, and it was meant to – here’s why:

Schools are still welcome to book all learning sessions.

For more information ring 01706 226459 or helmshoremuseum@lancashire.gov.uk

English Heritage has decided that whilst recognising the great significance of the mill it is not currently in a position to take on its operational management. We will be meeting with Historic England to see if there is another sustainable way to keep the building and its machinery safe and open to the public. In the meantime we will continue our care and maintenance regime for the mills.

According to the AIA ‘Negotiations for the future will continue but a prolonged shut down with only static care and maintenance would certainly prejudice the resurrection of Queen Street Mill. Ian Gibson, former Curator of Industry and Technology, Museums Service, Lancashire County Council, has pointed out that the boiler flame bed is below mill pond water level and with no fires lit over many months the fire brick will get wet enough to start disintegrating. Given the importance of textiles to the British economy from the medieval period onwards, it is shameful that neither the County Council nor the body concerned with the conservation of historic places which bring the past to life consider these two sites worth saving.’ 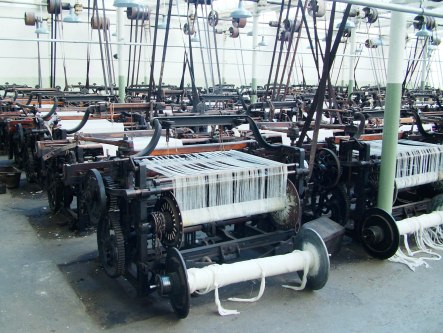 I have blogged elsewhere on these pages about why the Helmshore and Queen Street Mills are so important to British archaeology and how their closure denigrates the role of Lancashire’s Industrial Archaeology and the memory of those working in these mills. And I fully acknowledge that Stonehenge is a site of world importance, that’s why it’s been designated a World Heritage Site and why in my 30 year career as a n archaeologist it has had tens of millions of pounds spent on conserving and researching it. But consider this. Of the 30 World Heritage Sites in the UK and its dependencies just three are prehistoric whereas ten are industrial (http://whc.unesco.org/en/statesparties/gb). I would argue that is a fair reflection of Britain’s contribution to world culture in these areas. Yet the recent British Academy report on the state of British Archaeology (Reflections on Archaeology) mentions research into the Industrial Revolution just once, though goes on at length about Prehistoric research (http://britac.ac.uk/news/british-academy-report-calls-action-ensure-support-new-archaeological-discoveries). Not surprising you might think, considering the length of human occupation of these islands. Yet that report was written mostly by academic archaeologists and of the 33 universities teaching single honours undergraduate archaeology in Britain not one has an undergraduate module on industrial archaeology and less than a quarter have dedicated historic archaeology modules; yet all have prehistoric courses. Why have British academic archaeologists had such a collective failure in researching and exploring one of the greatest changes in human evolution: industrialisation?

The Industrial Revolution divides opinion: it was partly built on the slave trade but freed many from the feudal traditions of the agricultural cycle. It has polluted and scarred landscapes but reclaimed and opened up others for improvement; it created new ways of living and working that are either ‘dark satanic mills’ and’ slums’, or ‘hives of industry’ and ‘ideal communities’; it oppressed women in new ways but also gave them regular waged work opportunities and ultimately greater economic independence. Above all this process started in the Britain and is still going on around the globe.

So what do academic archaeologists value more? Some idealised view of the distant past that is re-interpreted with each new passing academic fashion, or the gritty, difficult and uncomfortable process explaining Britain’s Industrial Revolution? Are we as academic archaeologists just too embarrassed to care or scared of engaging with past technology? Either way it’s been left to the professional and voluntary sectors, led by the CBA, Historic England and RESCUE, to promote the research and protection of Britain’s most important archaeology.